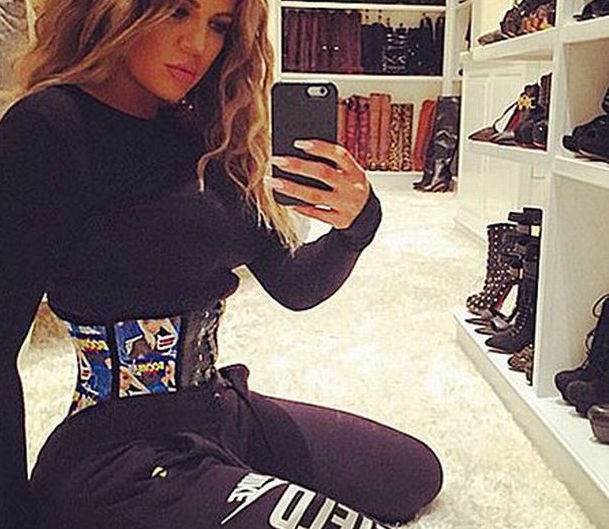 If you weren’t born blessed with an hourglass figure, join the club. I’ve often longed for that 18th century waistline, but how do you get that while keeping up with present-day style? Turns out, you just wear a corset like they did in the old days.

And it’s not just something to wear under your clothes for instant waist cinching benefits – if you wear it long enough, your body literally changes shape, bringing you closer to that coveted Marilyn Monroe body type.

This sort of gradual waist transformation is known as waist training, a method that involves wearing a tight girdle around your waist in order to train your body into taking an hourglass shape.

Sure, the thought of wearing such a tight corset may look frightening at first. My number one fear was, how do you breathe? Remember Kiera Knightley’s stint with a corset in Pirates of the Caribbean? I do, and I do not plan on falling into an ocean and almost drowning for the sake of my waistline any time soon.

That said, there are a bunch of A-list celebrities who are waist training and managing to breathe just fine. With Hollywood embracing the trend, it may just be good enough for us mortals too. Here’s a list of eight celebs we know and love who are fans of waist train. Get the scoop on how they make it work for them!

Though this list has no particular order, the queen of waist training Kim Kardashian has to be on top. If you have ever stalked Kim on Instagram (don’t lie, I bet you have), you will have seen multiple photos of her wearing a corset.

Recently, when she came under fire for having a Photoshopped waist in Fergie’s “M.I.L.F $” video, she hit back at haters who claimed no one can have that tiny a waist naturally saying, “F–k yo photoshop #CorsetLife.”

Kim’s been on the waist training bandwagon since 2014, and openly talks about how she started wearing a corset after the paps snapped an unflattering photo of her in a sheer skirt. Speaking of the incident she said, “I definitely never want that to happen again. So now I always wear shapewear.”

If you think wearing one corset might be uncomfortable, take notes from Jessica Alba who wore two everyday for months! After two pregnancies, Jessica Alba got her pre-baby body back by wearing a double corset everyday (and night!) for three months. Sounds brutal, right?

According to the Sin City actress, it is…but worth the trouble. In an interview for Net-A-Porter’s online magazine, she said, “I wore a double corset day and night for three months. It was sweaty, but worth it.” She went on to say, “It was brutal; it’s not for everyone.”

I figured waist training is tough, but Nicki Minaj takes it a step further by being able to sing and wear a corset at the same time!

The 32-year-old Anaconda singer posted a photo of herself on social media, wearing a bright blue corset with the caption, “I love my waist trainer by @nowaistclique I warmed up every day on tour by wearing this to stay in shape.” If you’ve seen Nicki’s recent music videos, both voice and corset training seems to have worked.

If Kim can do it, Khloe can too! The Kardashian sis took to social media to say, “I am obsessed with my new waist shaper from @premadonna87!!! I mean how cute is this shaper?!?! Snatching my waist and looking cute all at the same time!!! I definitely feel like a superhero in this waist shaper!”

However, the youngest sister in the Kardashian trio admits that a corset isn’t the only thing that has changed her body dramatically over the last few years, saying that she is ‘obsessed’ with the gym. More proof that waist training and exercise can result in crazy body transformations.

Apparently if you’re a Kardashian you will try waist training at least once. The oldest of the K clan joined her little sisters in wearing a blue corset, (showing it off on her Instagram of course) while cleaning her cupboard.

She posted the following message for her fans: “I am pretty much the queen of multitasking. Obsessed with anything where I am doing more than one thing at a time, especially since I skipped the gym today. A little Saturday morning waist cinching and working on my posture while cleaning out my closet.”

The method seems to have worked for her (because look at her body), and also because this is the second time the 37-year-old mom of three has tried waist training. She previously posted a photo of herself wearing a pink corset right after the birth of her son (and third child) Reign.

Many thought it may have been CGI, but Lily put the rumors to rest during an interview to say her small frame was due to the corset training she did while filming. She added that she has a ‘naturally small waist’ which undoubtedly helped.

Speaking about how unpleasant the experience was for her, Lily said, “I couldn’t untie it. I wasn’t able to enjoy a lovely lunch or tea. If I ate food, it didn’t really digest properly and I’d be burping all afternoon. I’d have soup so that I could still eat and it wouldn’t get stuck.“

Lily’s co-star Cate Blanchett chimed in too, to say, “Oh my god, she could barely breathe.” So if you’re planning on waist training, take a leaf out of Lily’s book and have some soup instead of heavy meals.

Despite Amber Rose’s tumultuous relationship with the Kardashians, both parties seem to agree on one thing – waist training! Amber Rose posted a photo of herself on her Instagram sporting a pink corset with the caption: “Milfin In My @LittleTinyWaist Cincher. Lost Two Inches Off My Waist So Far! Two More Inches To Go.”

She obviously saw the results she wanted, because she later posted another photo of herself wearing a leopard print corset and vowed to wear it for six to eight hours a day as her New Years resolution saying, “Clean Eating and Waist Training with my @Littletinywaist cincher is my New Years Resolution. I use mine 6-8 hours a day and I lost a noticeable 3 inches off my waist!”

Even supermodels need a little help sometimes, Chrissy Teigen seems to have bounced back to model form after the birth of her first child, but according to her she’s getting some help.

Speaking to People, Chrissy said, “I think people think that I’ve snapped back, but I really have just, in fact, been utilizing undergarments more. I never was a Spanx person or a waist-trainer person. Now I do it. It looks great on the outside, but trust me, I’m a bit soft.” 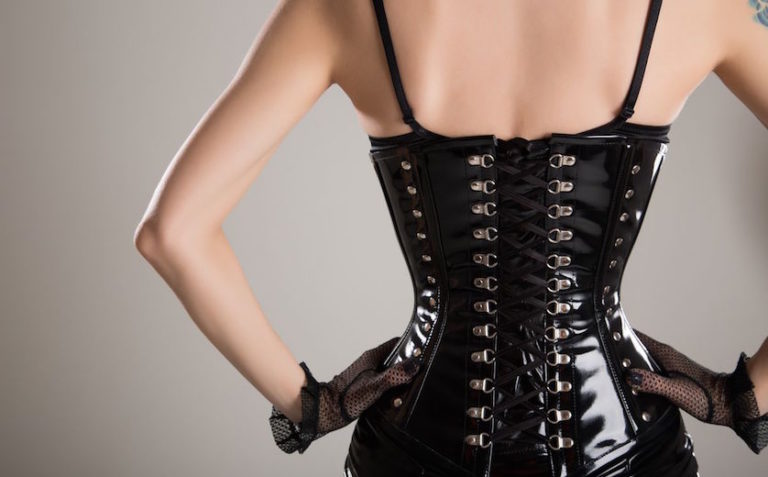 Wearing a corset is no easy task. In fact, it’s probably one of the most uncomfortable things you can do to yourself while trying to… 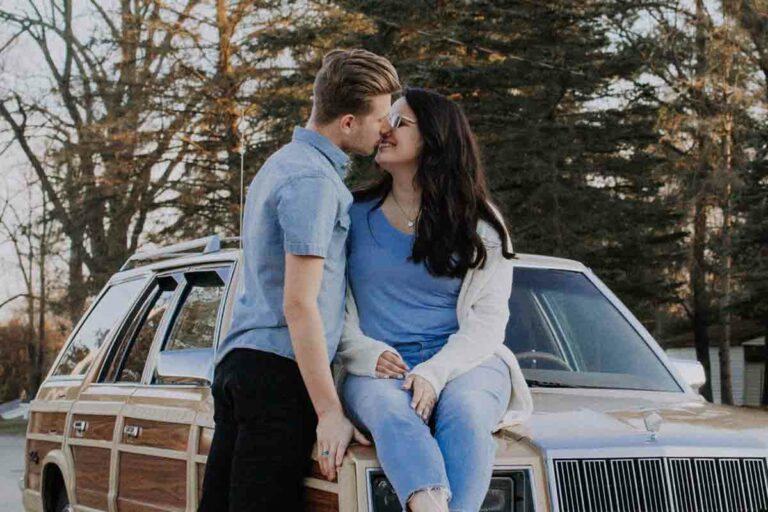 How often do you appreciate your wife and show her how much you love her? Spousal appreciation is crucial to nurturing a happy and healthy… 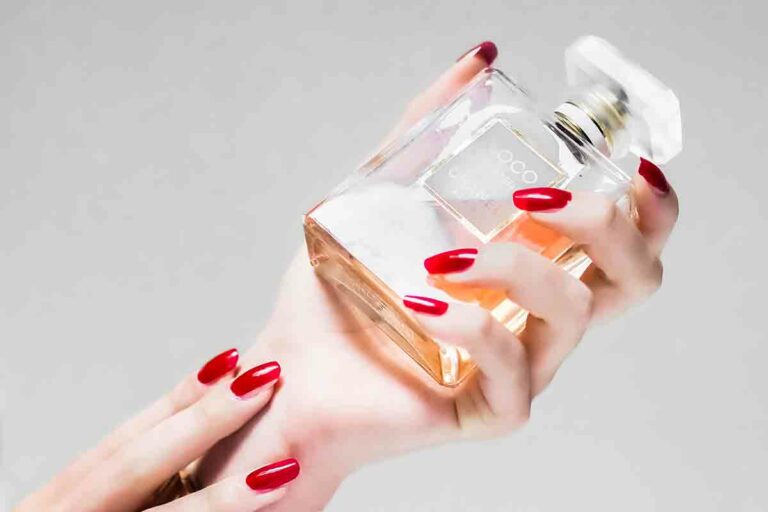 The perfume industry is constantly changing, and analyzing the fashion trends to come up with new ads and stories to capture your attention and interest….